Access FREE Self-Defense Basics For Women Online Course
complete details below for instant access
I agree to receive other communications from Tiffany Armstrong.
Tiffany Armstrong needs the contact information you provide to us to contact you. You may unsubscribe from these communications at anytime. For information on how to unsubscribe, as well as our privacy practices and commitment to protecting your privacy, check out our Privacy Policy.
GET INSTANT ACCESS
Your information will be kept safe and private.

Floating Logo over Banner Image... Remove from Section
We use cookies to help us protect, promote and improve our services. By continuing to use the site, you agree to our privacy policy.
Continue 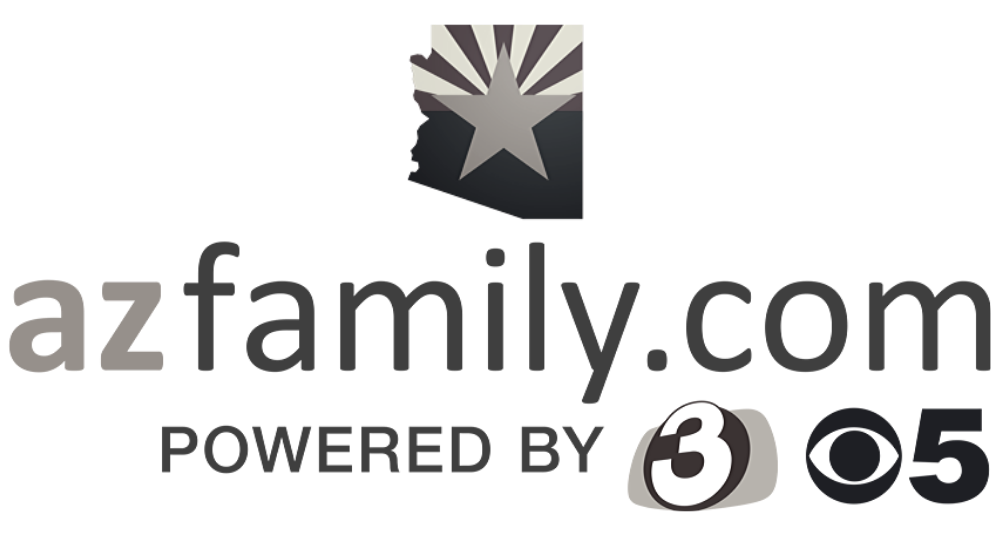 This is the #1 personal safety course designed for women
BY a female self-defense expert with
FIRSTHAND experience with an attacker!

This is the #1 personal safety course designed for women
BY a female self-defense expert with
FIRSTHAND experience with an attacker!

Have you ever left work later than expected?

It’s already dark out. The streetlights are on, but the parking lot is dimly lit.
You hear footsteps and glance back to see a man walking behind you.
No one else is around.
You pick up your pace and reach in your pocket to ensure your keys and cell phone are close by.
You can sense him getting closer.
Your heart starts racing.
Would anyone even hear you if you screamed? What would screaming even do?
You wish you had taken a self-defense class or knew how to protect yourself for just this moment.
He ends up being parked beside you. You breathe a sigh of relief.
Phew...
WHAT IF YOU COULD EASILY PROTECT YOURSELF

AND SAFELY ESCAPE FROM ANY ATTACK SCENARIO?
Even if you…

This self-defense and personal safety course was designed to meet you where you are at AND fit into your busy lifestyle. 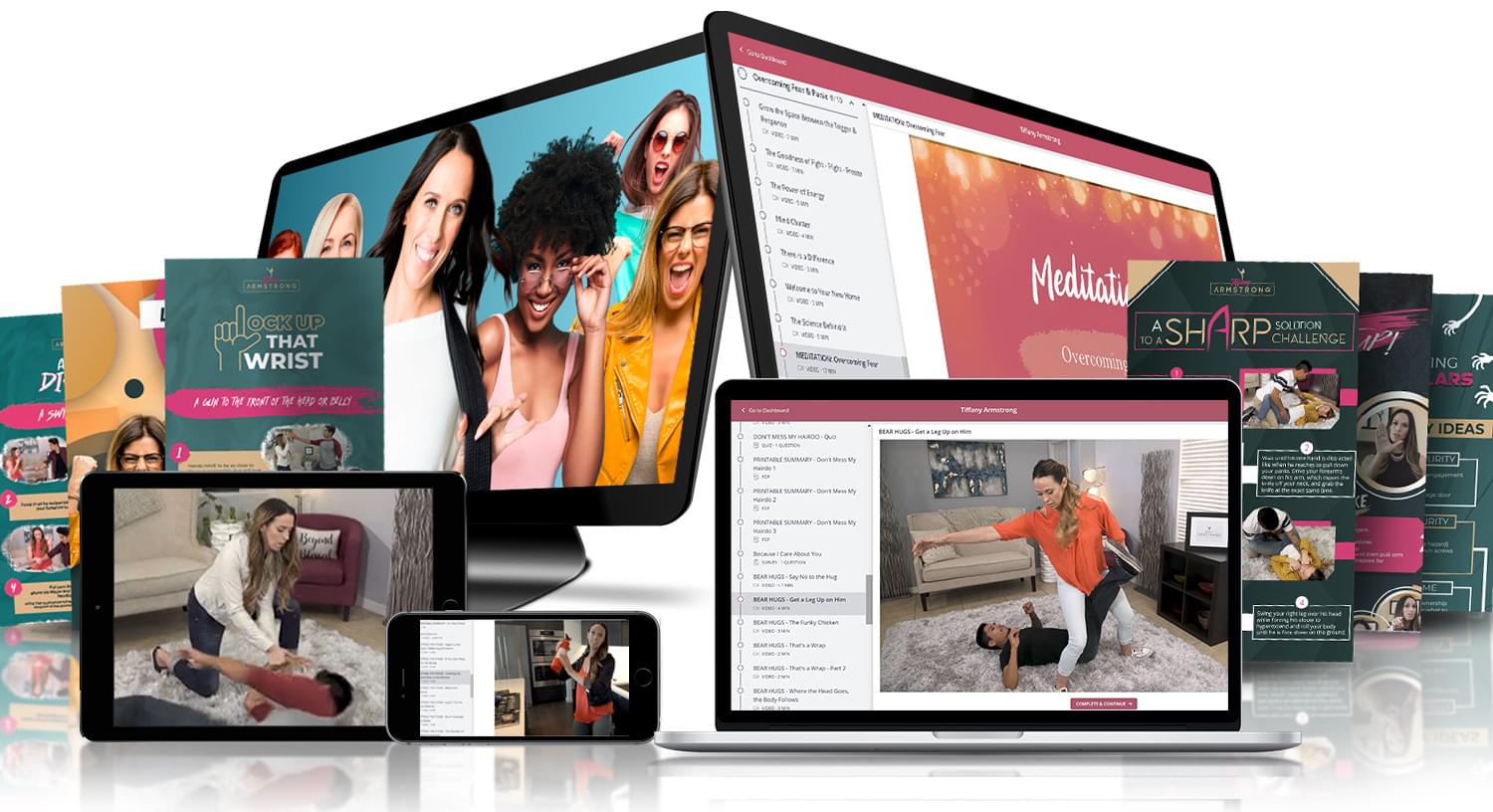 10 Online Courses in One!

Covers ALL bases of personal safety & takes you from beginner to advanced!
Click the button below to learn more!

Learn More About This Curriculum

Here's what other Fearless Sisters are saying! 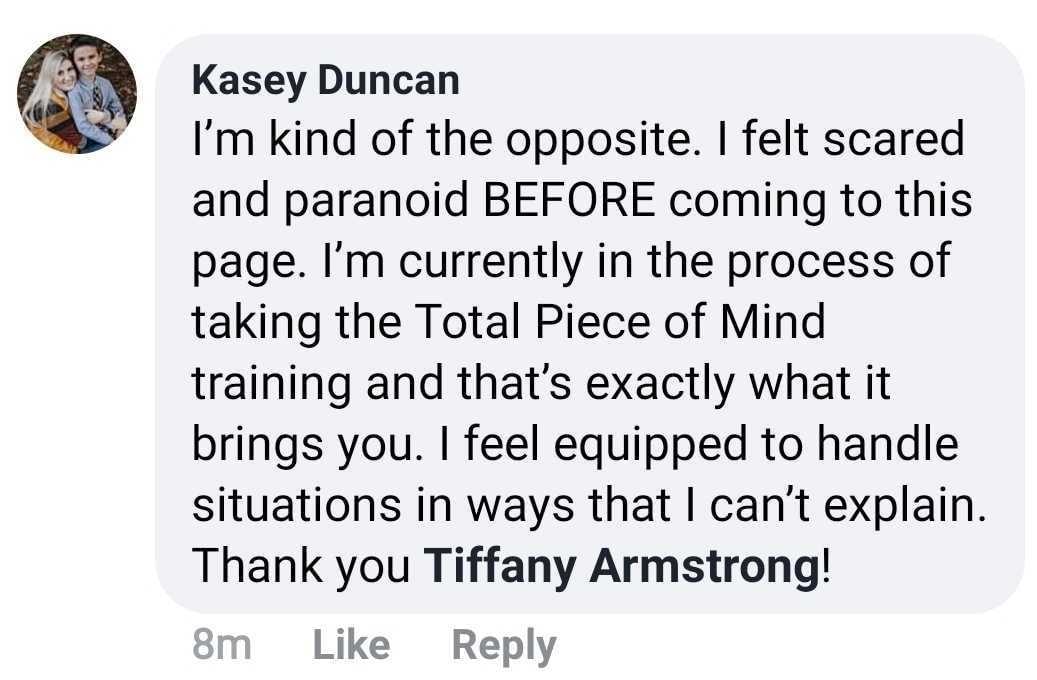 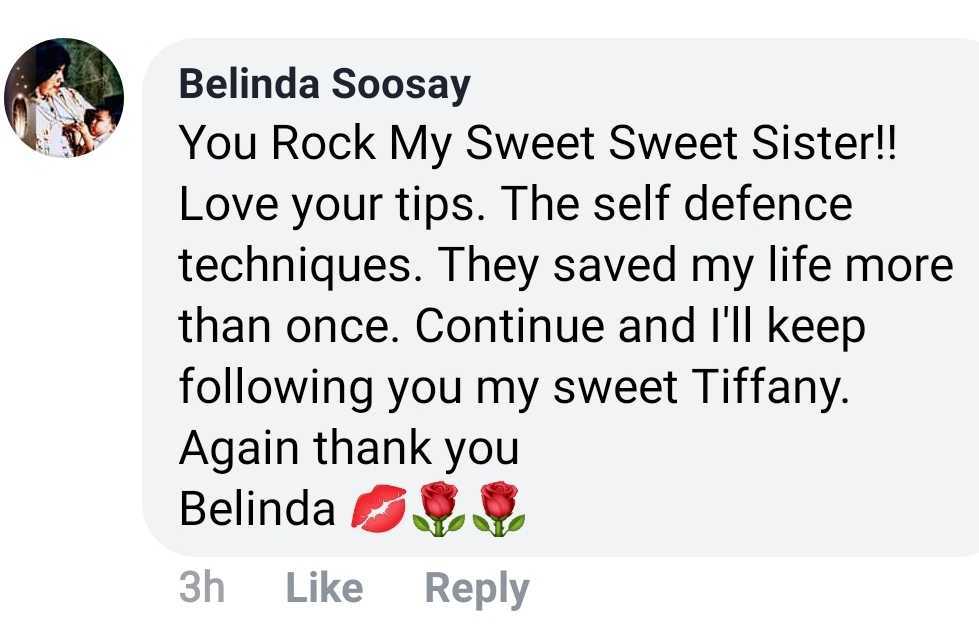 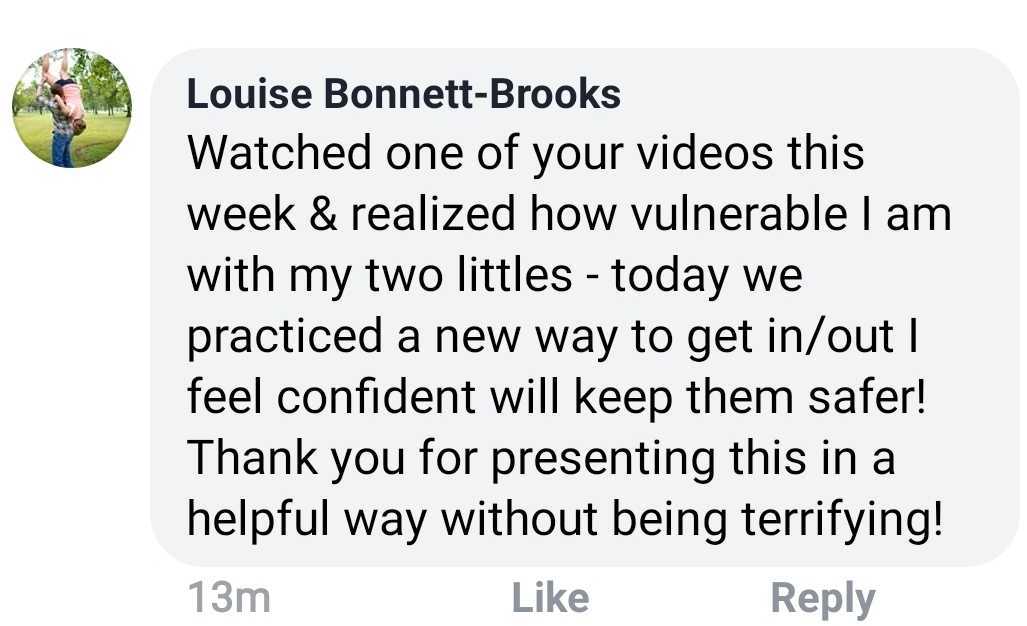 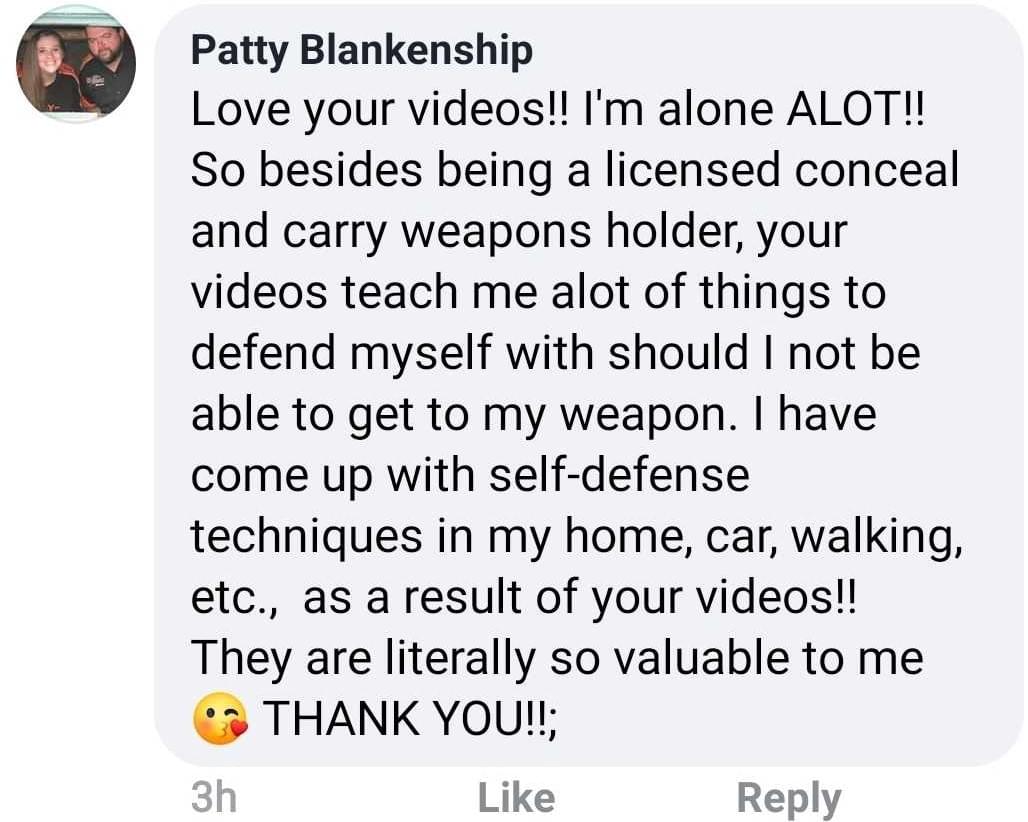 You deserve to be empowered around your safety!

See inside the curriculum!

includes ALL of the following online courses,
which can be purchased as individual courses! 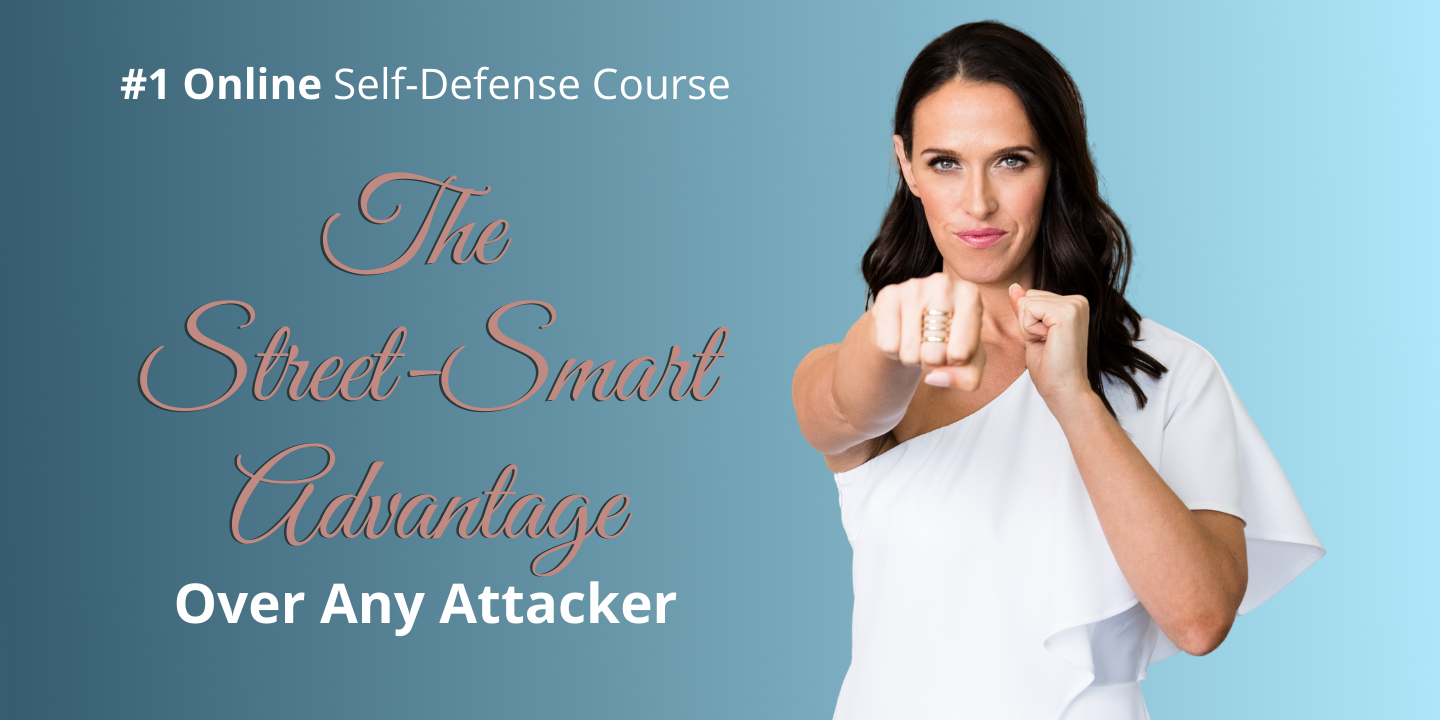 Find out exactly how to take advantage of an attacker's vulnerabilities to get yourself to safety...no matter his size!
See This Course 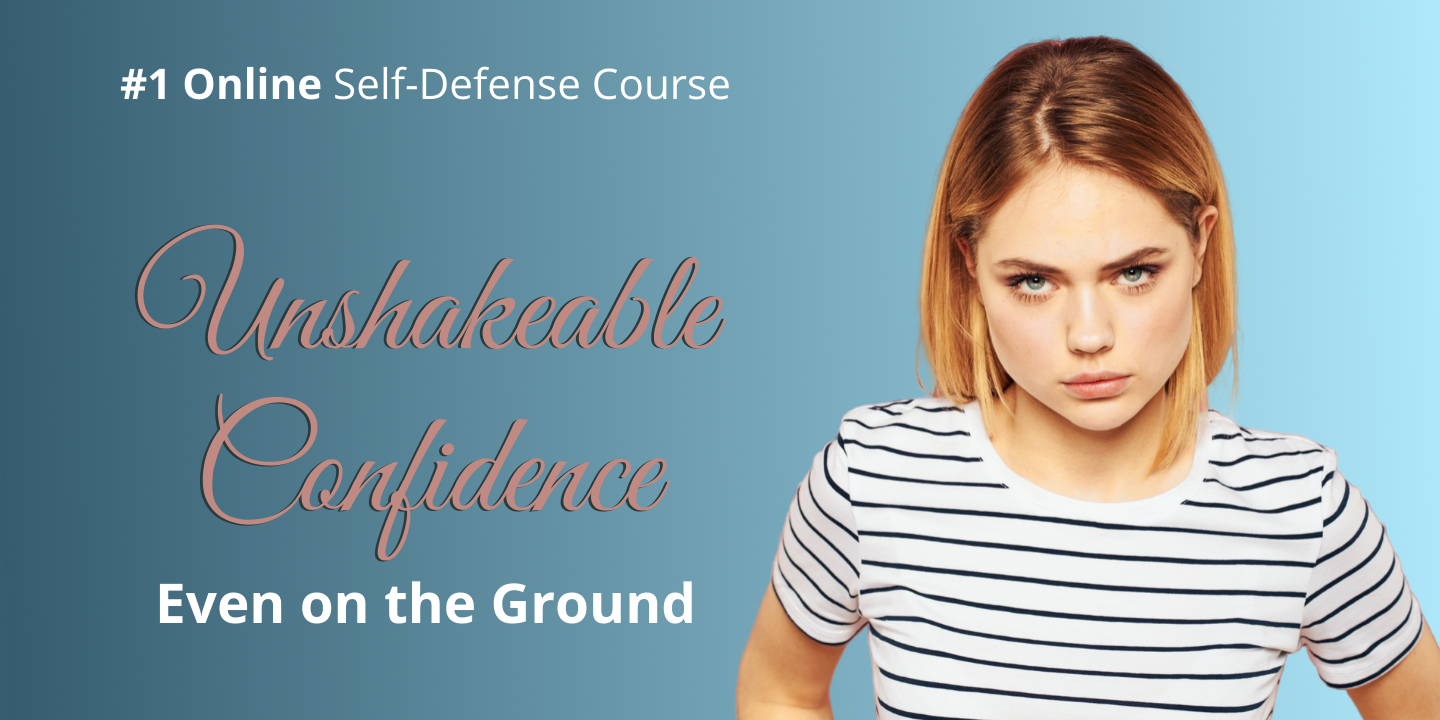 Have the utmost confidence that you could get someone off you if they ever got you to the ground. You are NOT at their mercy.
See This Course 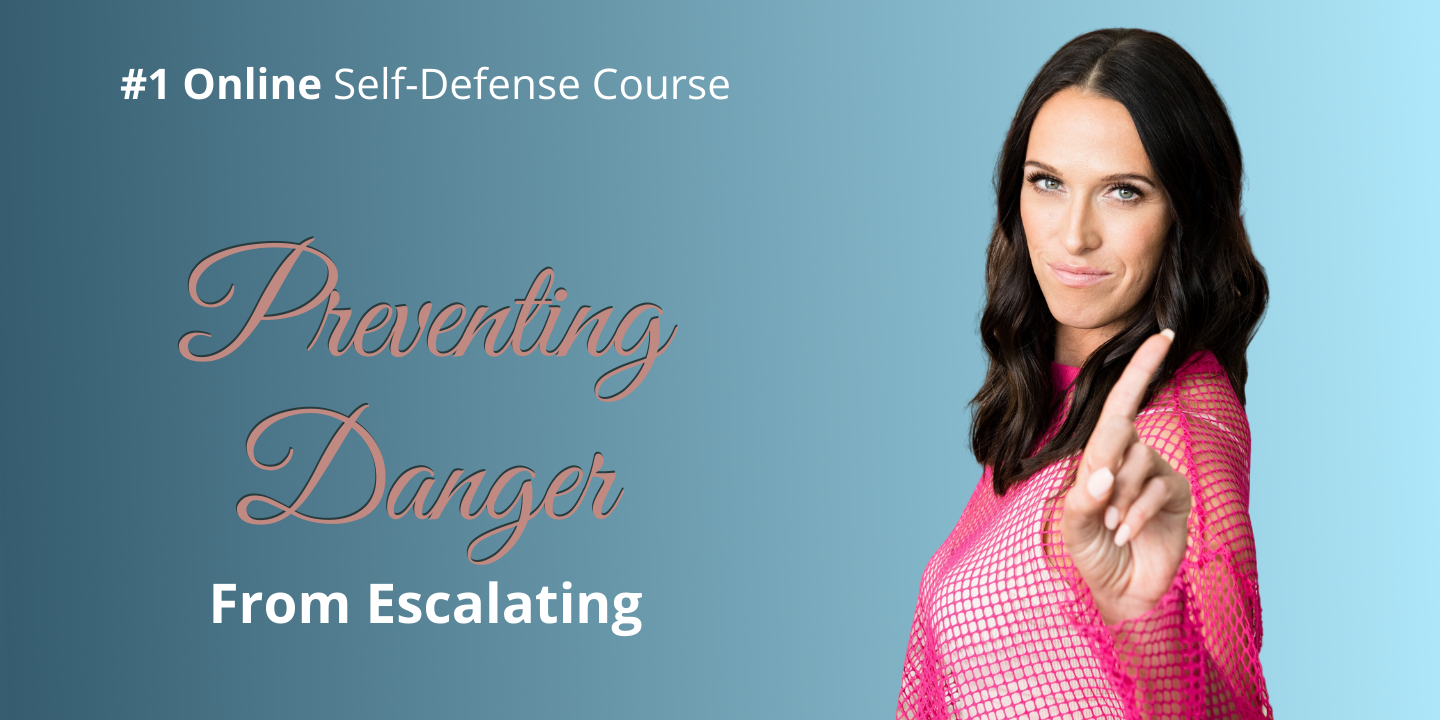 The entire goal of self-defense is to stop an attack from worsening. You will master ways to get out of an attacker's grips, as well as, many other concepts that help you to be one step AHEAD of the attacker. He WON'T be expecting you to know this!
See This Course 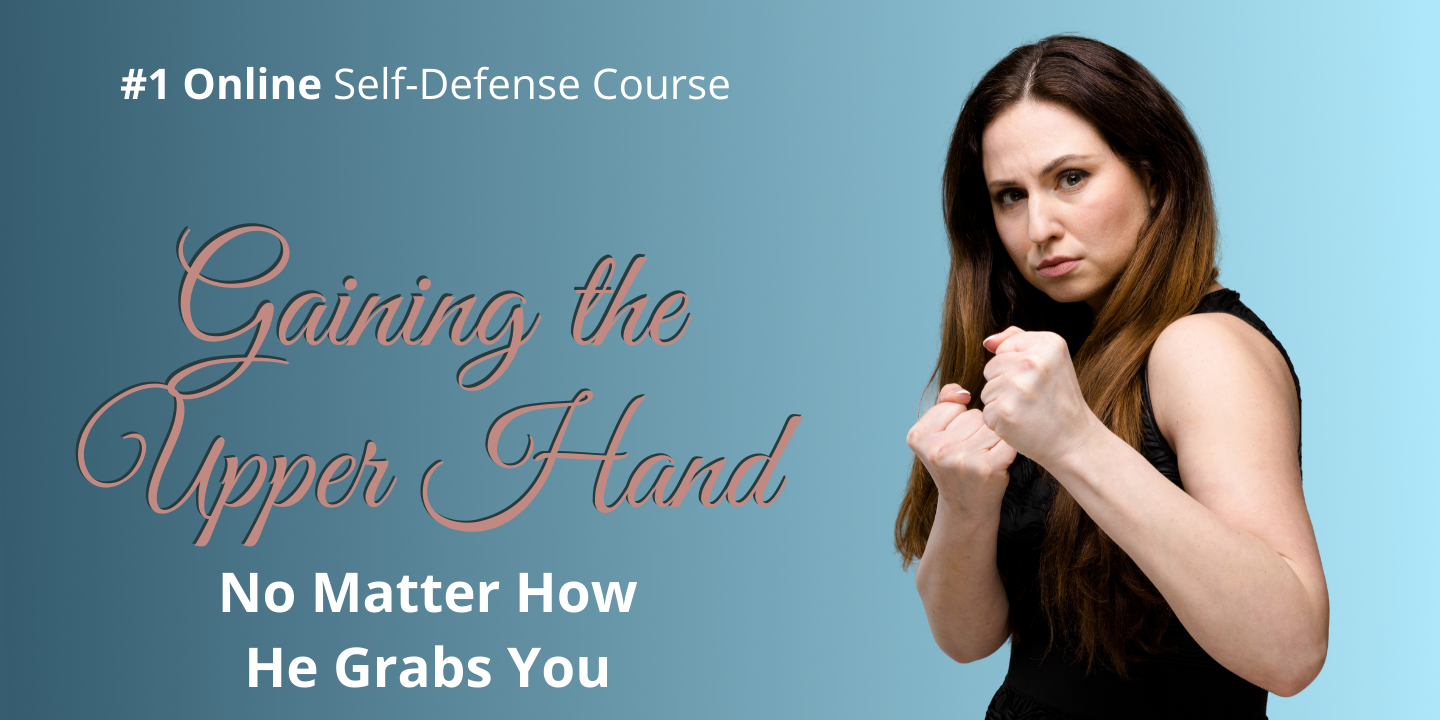 Master the art of getting out of an attacker's grips! You'll know EXACTLY what to do whether he picks you up, gets you in a bear hug, grabs you by the hair or puts his hands around your neck. Breathe easy knowing you can handle it!
See This Course 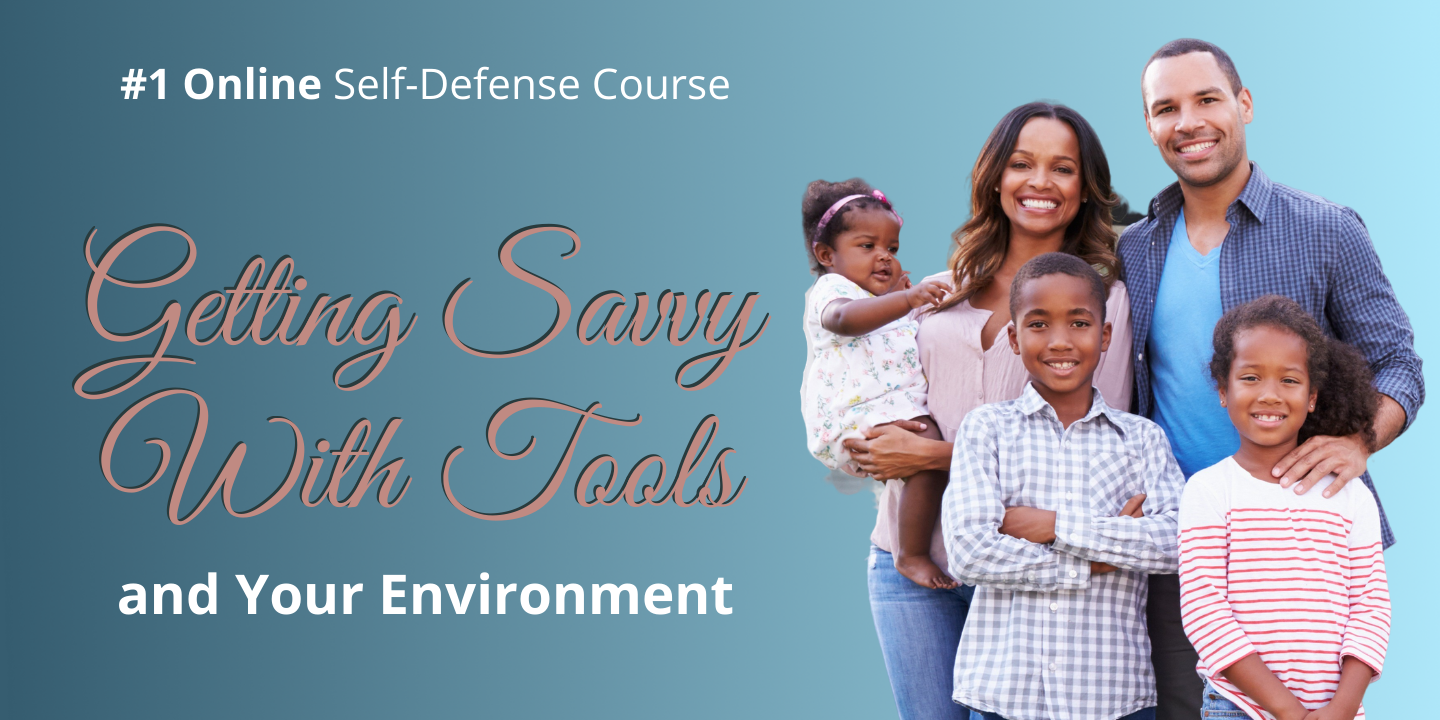 Discover the ins and outs of self-defense tools. You will walk away with a strategic PLAN to gain the advantage over an intruder in your own home. PLUS learn how to keep them out in the first place!
See This Course 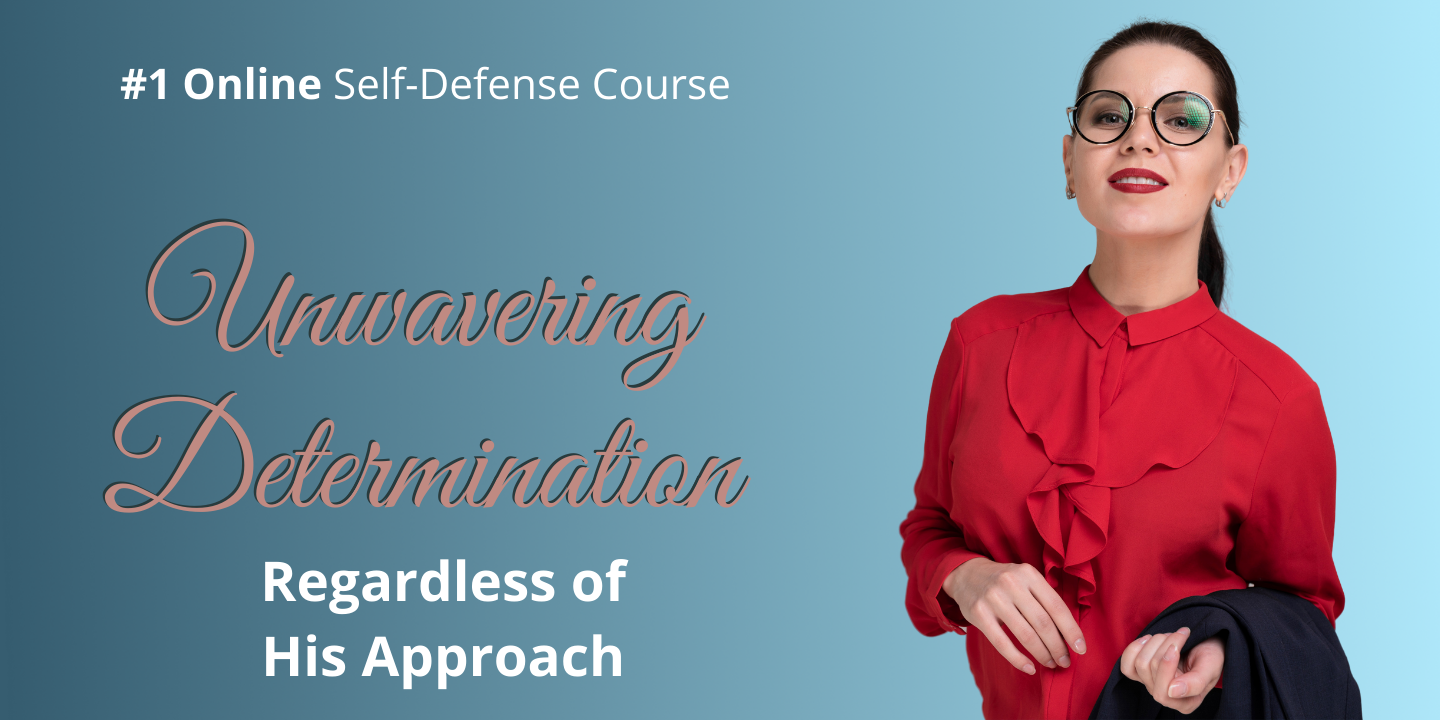 We don't need to overwhelm our brains with too many options! Uncover how mastering ONE move can get you out of many different situations, whether he throws a punch, grabs your body, grabs onto your hair...or EVEN if he has a weapon.
See This Course 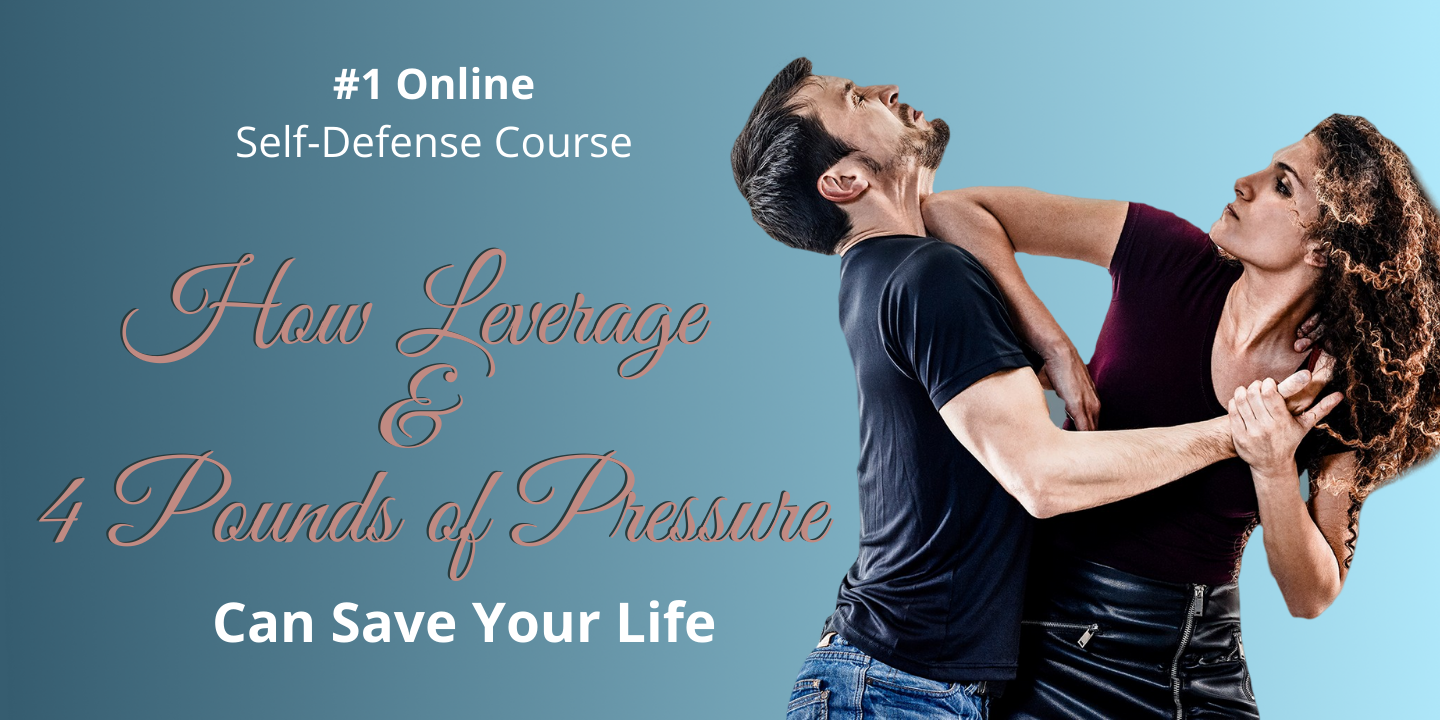 Attackers have weaknesses too...
it's just a matter of knowing how to control them. This course focuses on one simple move that does not take any strength...just leverage and 4 pounds of pressure...and it can take even the
largest attacker down!
See This Course 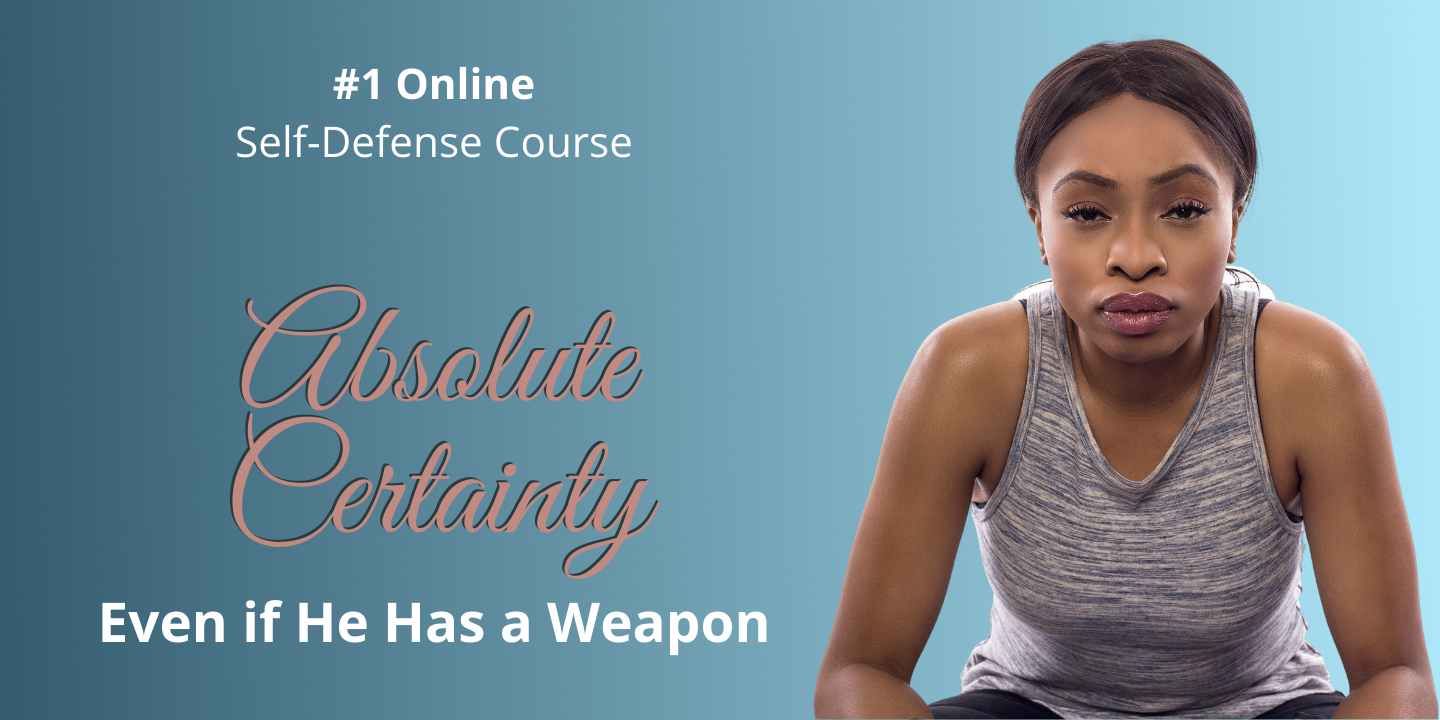 Strategies HAVE to change when there is a weapon involved. Dive deep into the different approach and mindset that this takes, and learn many techniques to disarm an attacker with a weapon. You and your family can get to safety...WITH the weapon.
See This Course

Included in Total Peace of mind,
or can be purchased individually. 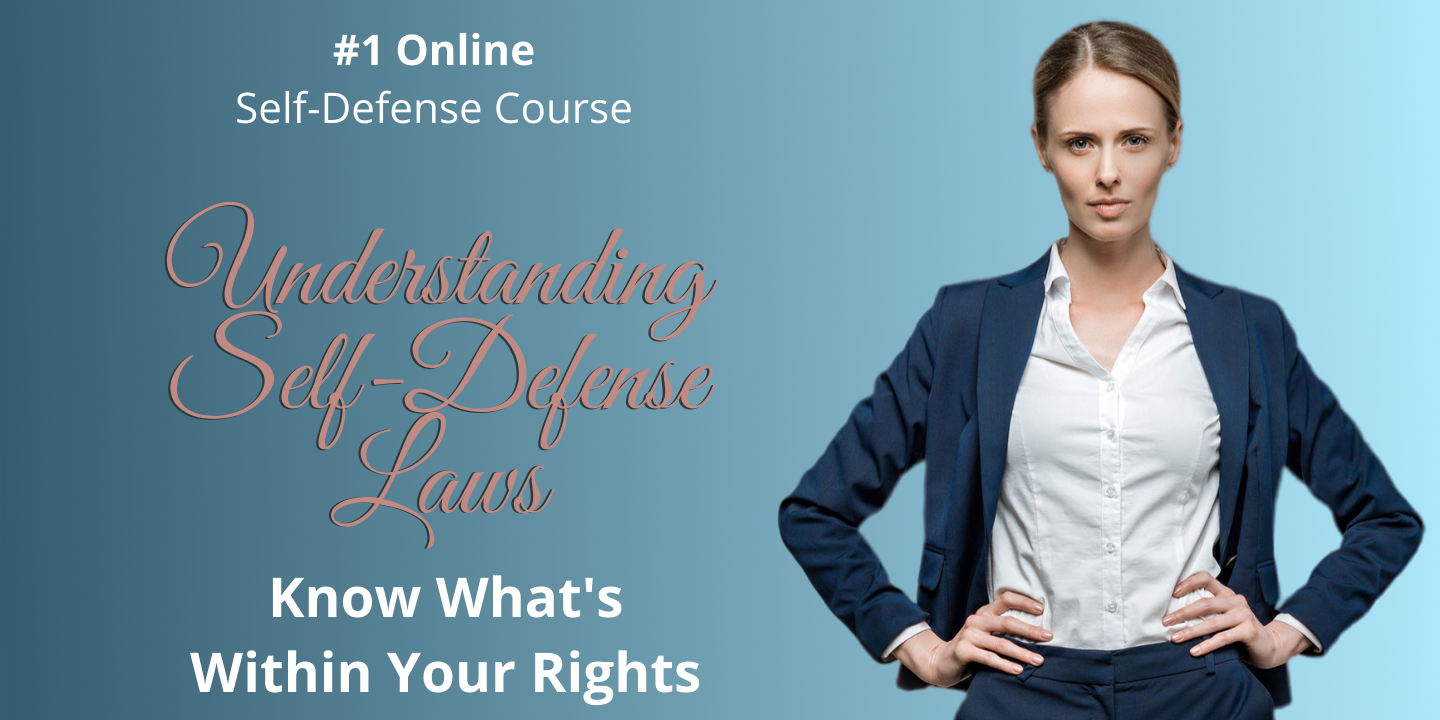 Learn the questions you should research to understand what is within your rights to legally defend yourself in your area. 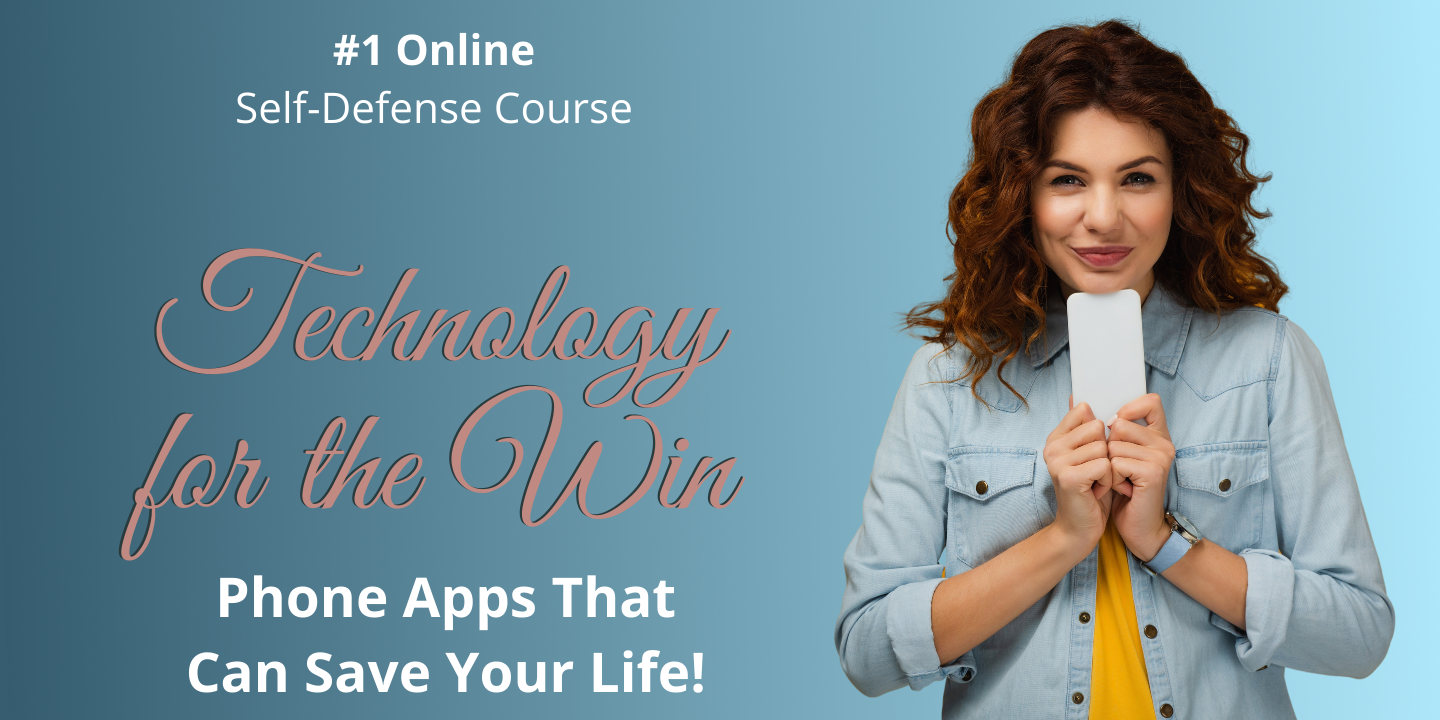 Understand how SIMPLE technology can play a huge role in saving the lives of you and your family.
*** Take the "Getting Savvy with Tools and Your Environment" course to understand exactly how these tools fit into your strategic
personal safety plan!
See This Course 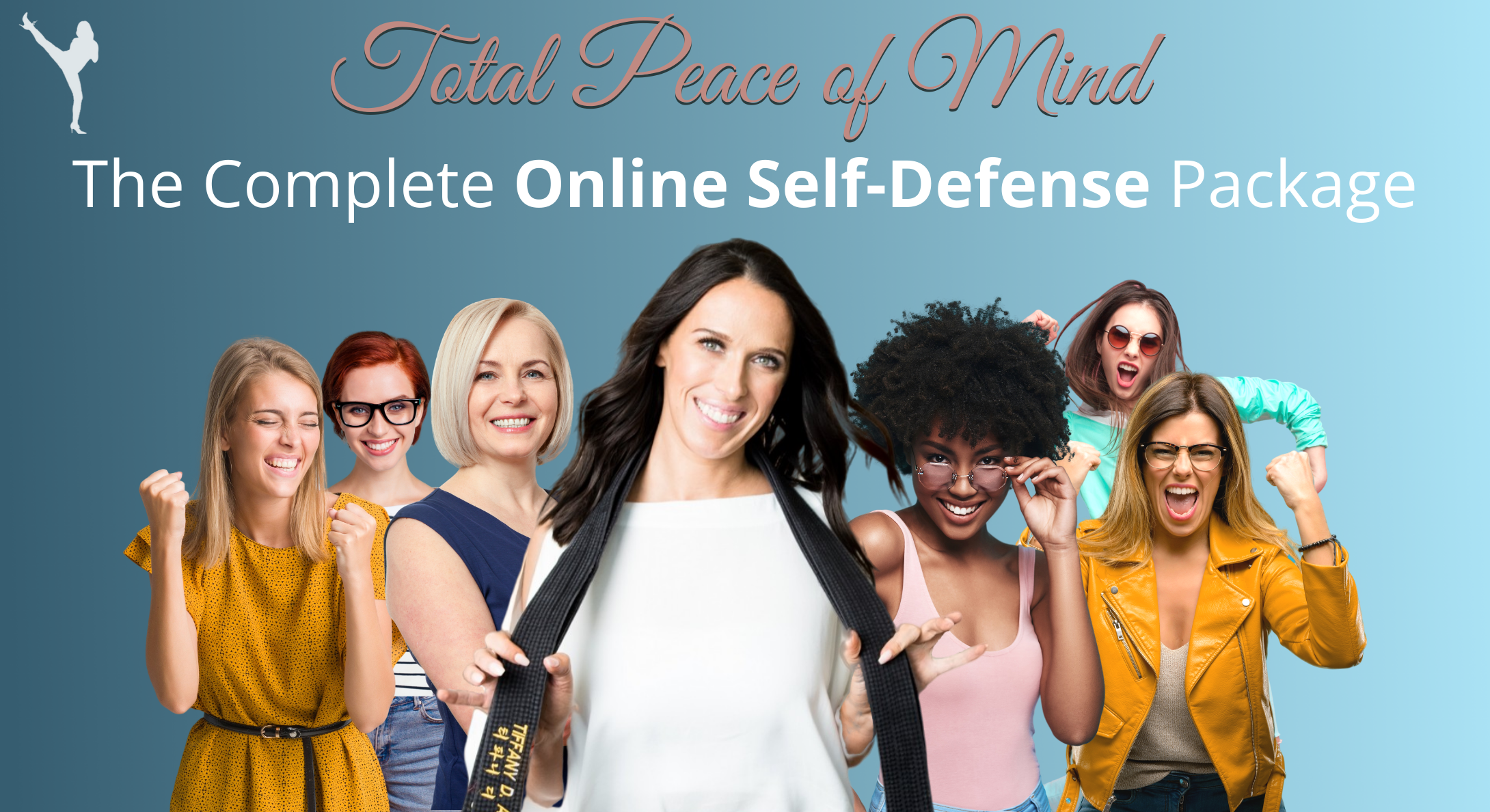 Includes ALL Courses Above! 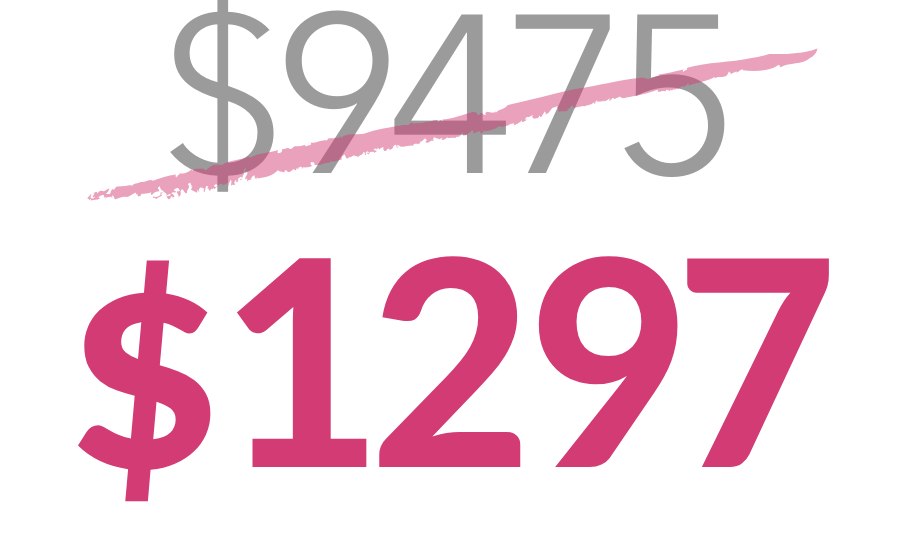 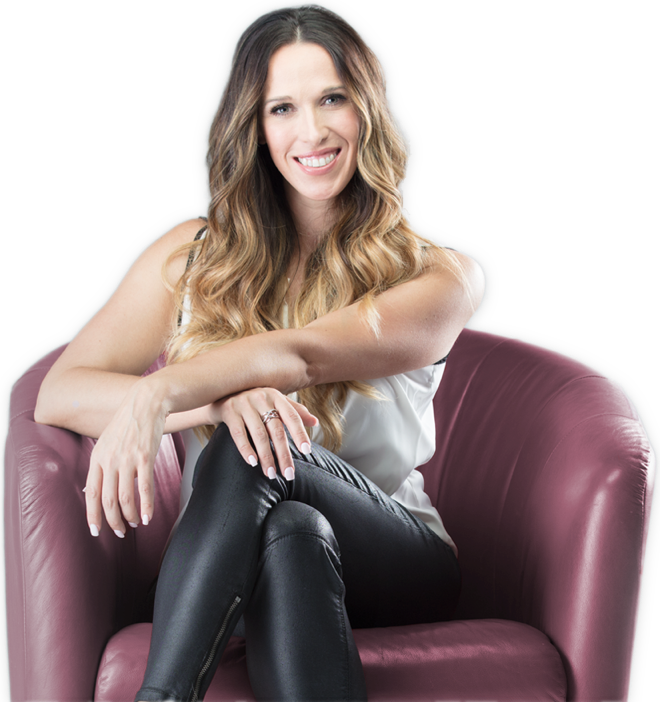 I’m a survivor of childhood sexual abuse and two marriages rife with physical and verbal abuse. I understand firsthand the trauma and fear that women, especially, can undergo.
Due to my abuse, I took on the belief that I must be worthless. And if I was worthless, I must be weak. And if I was weak, I did not deserve to have a say over my own life. I backed down from sharing my opinions and I set myself up to be taken advantage of by people because that was all I knew.
I was locked up in victim mentality.
When I was 20 years old, I survived an attack - one that took place in a home with my friends who all froze with fear of the intruder. I was walking down the hallway when some hands reached out, grabbed me and dragged me aggressively into the bathroom. At the time, I only knew 3 basic martial arts moves that I had learned only 2 weeks before. Those moves saved me and broke my attacker’s nose!
I got away.
When the police arrived, we found out the intruder had been wanted for 2 rapes and a homicide. He went to jail and was locked away for a very long time.
When I saw that 3 simple moves could save my life, I went on to get two different second-degree black belts in Street-Smart Self-Defense.
Over the past 20 years, I’ve taught over 60,000 women self-defense techniques to help them find their voice, identify their strengths, and live without fear of an attack on themselves or their children.
Now, it’s YOUR TURN sweet friend!
You are worth defending!
GET TOTAL PEACE OF MIND!
BUY NOWTotal Peace of Mind: The Complete Package

After completing this curriculum, you will have...
And most of all...
Your power back!
You no longer need to be a victim or a statistic.
Don't just hear it from me!
What Other Empowered Women Say

"I have learned so much from her in a short amount of time and look forward to continuing to learn from Tiffany!"
Jocelyn Freeman
@meetthefreemans 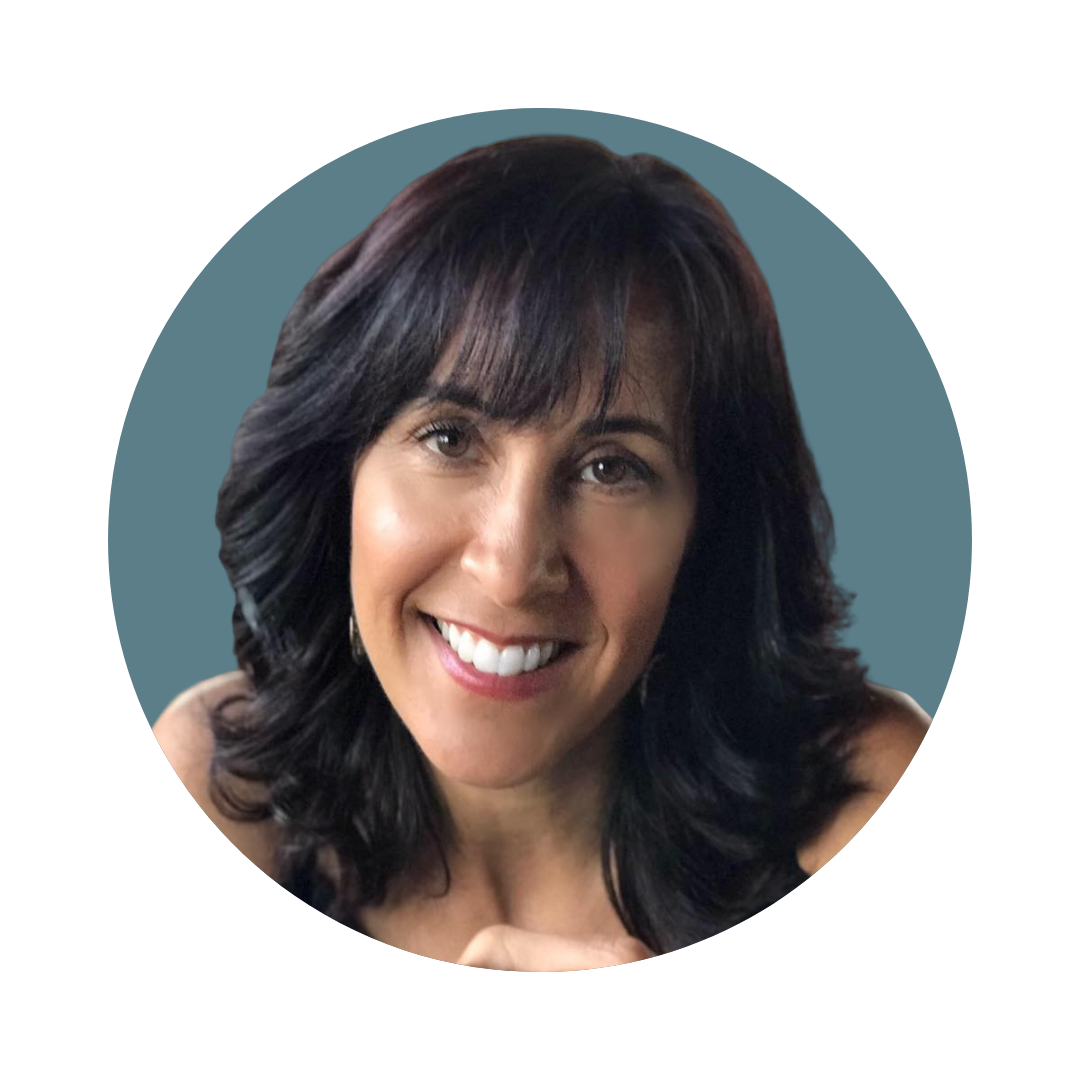 "Tiffany Armstrong has the innate gift of connecting and appealing to girls and women of all ages.
I’m thrilled that my teen daughter and I are both learning critical mindset and tangible skills to stay safe in an unpredictable world. The world is lucky to have Tiffany sharing her knowledge in an easy to understand and enjoyable format (the humor sprinkled into the videos is very cute). Tiffany is the self-defense mentor, role model, and expert (with a heart of gold) we have all been waiting for!"

@julzlevin
Self-defense is a life skill that we are not taught.

You deserve to be
empowered around your safety!
The reality is that women are targeted way too often by attackers, and
80% of all attacks happen from someone you know.

There are unique situations that you, as a woman, face.
HOWEVER, that doesn't mean that you don't have the power to completely put an attacker down if needed.

You are fully capable of handling an attack and even preventing it in the first place!
It's just a simple matter of learning the actual skills and concepts, which is what I've laid out in a step-by-step online curriculum,
so you can learn everything you need to know about personal safety from the comfort of your own home.

You will have the utmost confidence that you can handle an attacker by learning the physical techniques, the mindset tricks,
the situation awareness concepts and technology that keep you and your friends safe!
The best part is that you can learn it all at your own pace!
I've created these bite-sized videos in a way that fits right in to your busy lifestyle!

You are worth saving!!! 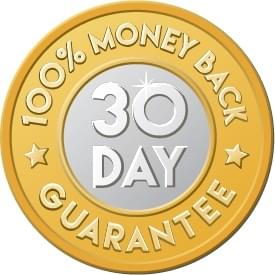 30-Day Money Back Guarantee!
Try it risk free!
You have nothing to lose except your FEAR.
Simply email my team and we’ll refund your money.
I'm SO ready to become FEARLESS!
BUY NOW